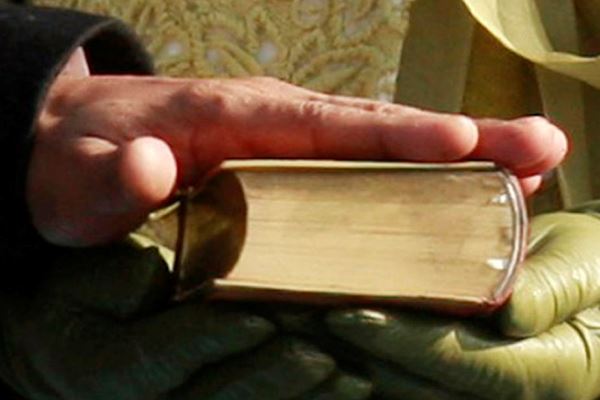 President Barack Obama is sworn in as the 44th President of the United States during the inauguration ceremony in Washington, January 20, 2009. Michelle Obama watches at right. The Bible Obama uses is the same one that President Abraham Lincoln used at his Inauguration in 1861. REUTERS/Jason Reed (UNITED STATES)